A Climate for Evolution?

I’ve been concerned about all the money being donated by the Koch brothers to prestigious museums to influence their exhibits, but now we know what Science on Koch looks like. A reader [thanks Jay!] sent me this photo they took at the Smithsonian Museum of Natural History: 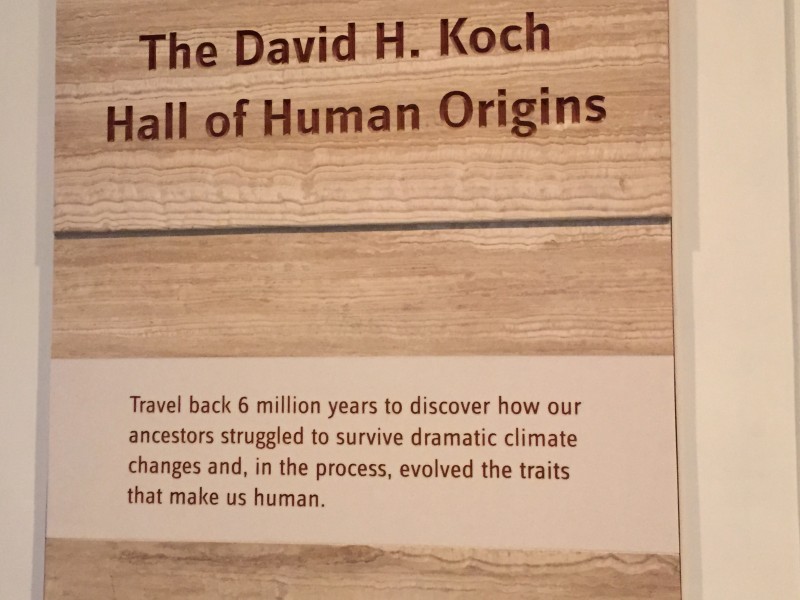 So climate change was a good thing that helped us evolve into modern humans? I just hope that the current round of climate change (and resulting mass extinction), which we are unleashing on ourselves, makes way for a smarter species that doesn’t shit all over its own home.

This was written by Iron Knee. Posted on Friday, June 26, 2015, at 12:30 am. Filed under Irony. Tagged Evolution, Libertarians, Science. Bookmark the permalink. Follow comments here with the RSS feed. Both comments and trackbacks are currently closed.