Budget in the Eye of the Beholder 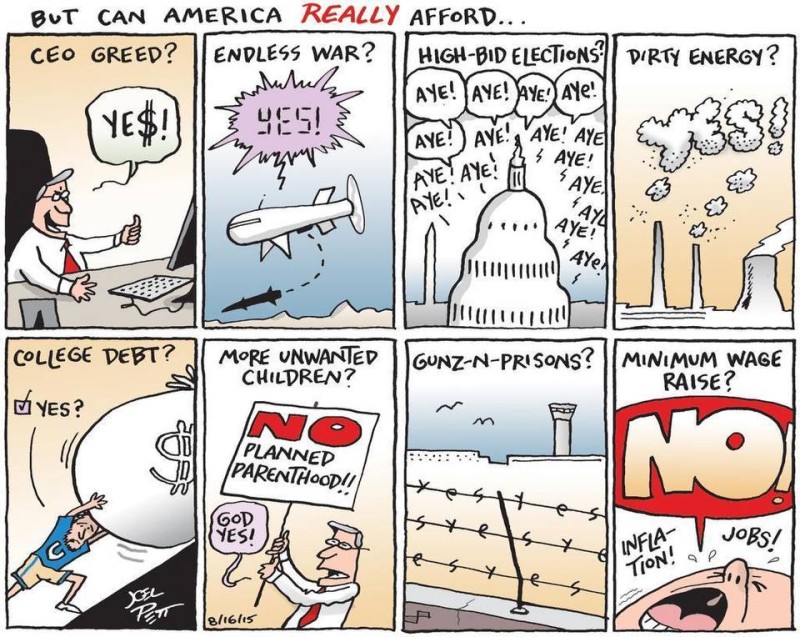 Republicans say we have to cut spending.

Well, except for military spending. And subsidies for the fossil fuel industry. And all their other pet projects …

The Republicans claim to be fiscal conservatives, but when they are in power they miraculously don’t manage to lower the deficit.

This was written by Iron Knee. Posted on Thursday, August 20, 2015, at 12:30 am. Filed under Irony. Tagged Deficits, Economy. Bookmark the permalink. Follow comments here with the RSS feed. Both comments and trackbacks are currently closed.