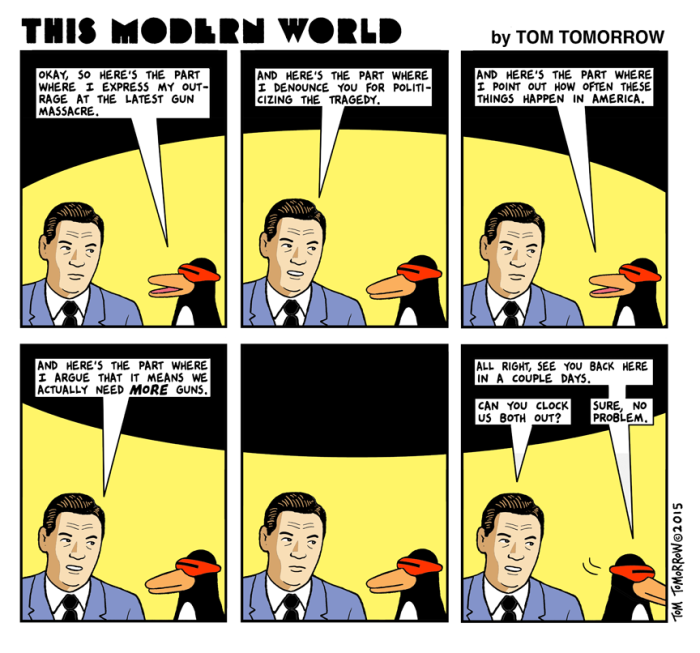 Why is it that we keep having the same stupid conversation over and over again? Is there no room for compromise?

So far, in this year alone (which is not over yet) we have had 255 mass shootings in the US. That’s just crazy.

It is time we had a real conversation about this, where both sides are willing to compromise.

This was written by Iron Knee. Posted on Saturday, September 5, 2015, at 12:36 am. Filed under Irony. Tagged Guns. Bookmark the permalink. Follow comments here with the RSS feed. Both comments and trackbacks are currently closed.