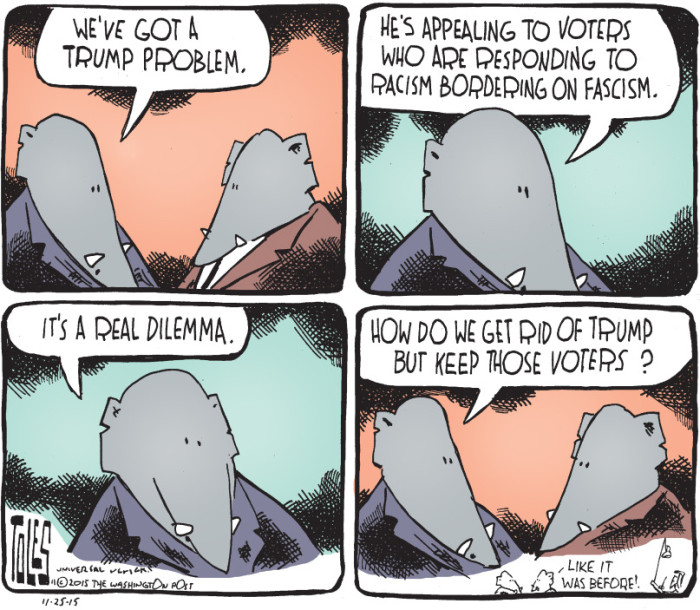 The GOP is launching an all out war on Donald Trump. Remember “Bush’s Brain” Karl Rove? He arranged a meeting between the top fundraisers for Ben Carson and casino mogul Steve Wynn, who as sometimes battled Trump in the business world. While past attacks from the GOP establishment against Trump have often backfired, the thinking is that by funding one of his opponents (and an established “outsider”) they can attack Trump without losing his voters.

This was written by Iron Knee. Posted on Sunday, November 29, 2015, at 1:57 pm. Filed under Irony. Tagged Election. Bookmark the permalink. Follow comments here with the RSS feed. Both comments and trackbacks are currently closed.