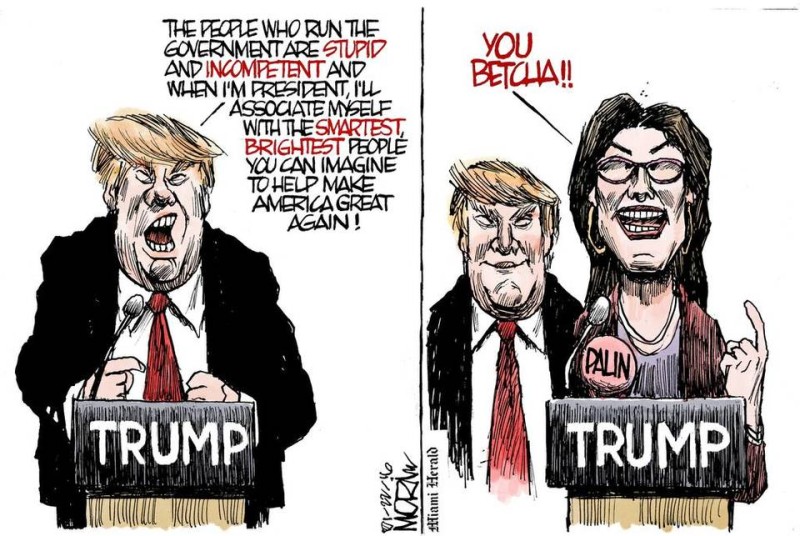 Donald Trump claims he hires the “best and brightest”, but often the record shows otherwise, unless what they are best at included being a con artist.

And even if it were true, do we really want a president who is the delegator in chief? That sounds like the job done by Dubya, who pretty much delegated most things to his vice president.

To his credit, the look on Trumps’ face during Sarah Palin’s endorsement seem to say that he couldn’t understand a thing she said.

UPDATE: A reader sent me this link to The Shovel, which is Australia’s answer to The Onion. The title says it all: Palin Brings Much-Needed Intellectual Rigour To Trump Campaign.

If you liked this, you might also like these related posts:
This was written by Iron Knee. Posted on Sunday, January 24, 2016, at 8:12 am. Filed under Irony. Tagged Sarah Palin. Bookmark the permalink. Follow comments here with the RSS feed. Both comments and trackbacks are currently closed.