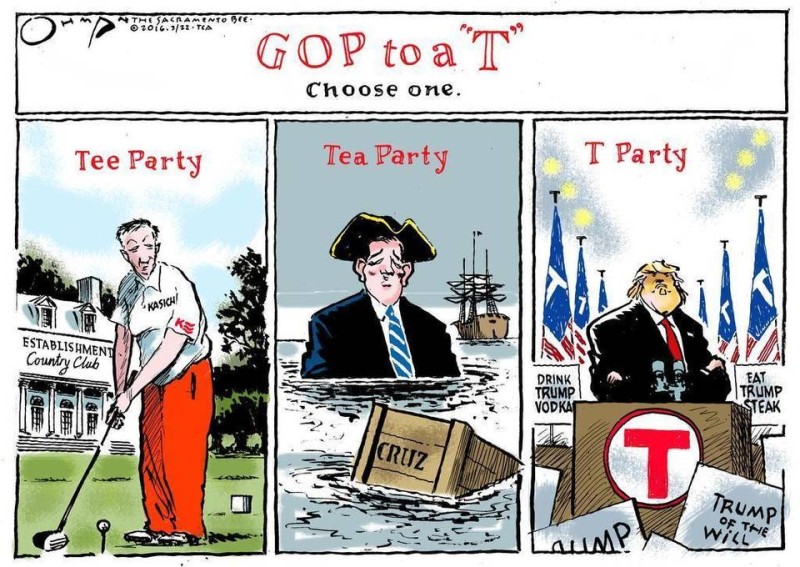 The only thing all three seem to have in common is that they are all about the rich. The “Tee” party is the Republican establishment, epitomized by Mitt Romney – the people that Trump and Cruz are supposedly rebelling against. The “Tea” party was taken over by the rich. Cruz pretends to be anti-establishment, but as The Week puts it, “Ted Cruz is no rebel. He just plays one on TV”. In fact, Cruz’s main beef with the Republican party seems to be that they aren’t pandering to the rich enough. And he’s married to an executive of Goldman Sachs. Finally, Trump is all about himself, and he is rich. The policy positions that he has bothered to articulate favor the rich, or at least him. He’ll do anything to get what he wants.

For now, the only question is which branch of the Republican party will survive? And you know, it may not actually matter.

This was written by Iron Knee. Posted on Wednesday, March 30, 2016, at 12:30 am. Filed under Irony. Tagged Republicans. Bookmark the permalink. Follow comments here with the RSS feed. Both comments and trackbacks are currently closed.