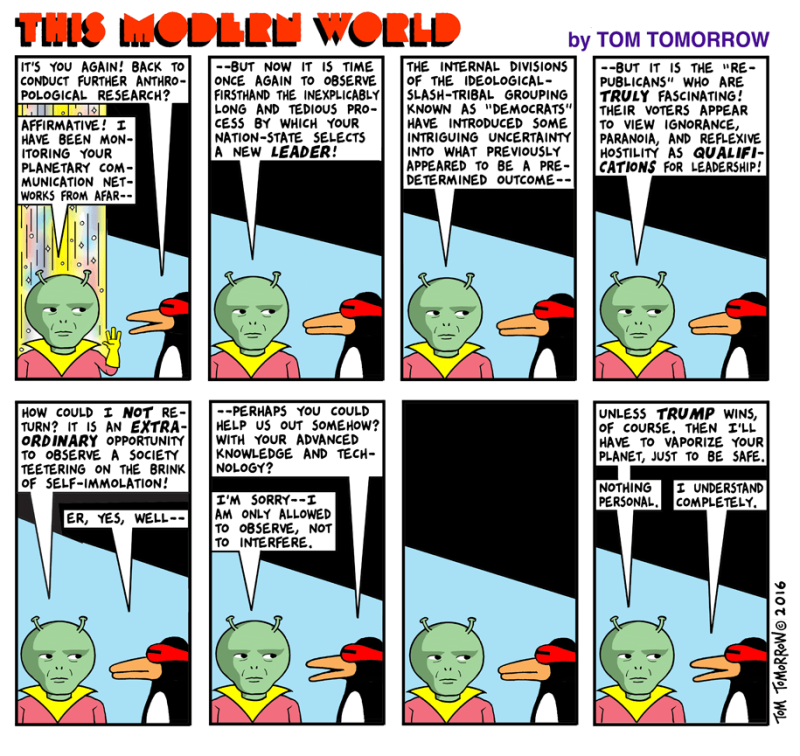 Ironically, Donald Trump’s popularity has nosedived recently, for no particular reason. Maybe our flash in the pan has finally finished flashing? Who knows.

It is true that finally the Republicans have woken up to the disaster that a Trump presidency would be, both for the country and (probably more importantly to them) for the GOP. Or maybe it is because women have finally become disgusted enough at Trump for his blatant sexism. Indeed, a female strategist for a pro-Trump super PAC wrote a tell-all article about how even Trump doesn’t think he should be president. He was just running to help his business, and now that he miraculously has an actual chance of becoming president, his ego won’t let go.

This was written by Iron Knee. Posted on Thursday, March 31, 2016, at 12:20 am. Filed under Humor. Tagged Trump. Bookmark the permalink. Follow comments here with the RSS feed. Both comments and trackbacks are currently closed.