Believing Your Own Bullshit

There is a saying in business that the worst thing a company or person can do is start believing their own PR. PR is the bullshit that people and organizations put out in order to make themselves look better, but once you fall into the trap of believing your own PR, then you are in deep trouble.

For example, American auto makers convinced themselves that they didn’t need to innovate any more, that selling cars was like the fashion business. At that point, the major innovation that came out of Detroit was “planned obsolescence“. All they had to do was come out with something new and (slightly) different, and then sell it with slogans like “new and improved”. The height of this was when the entire industry decided that all they had to do to sell new cars was slap on some tail fins. 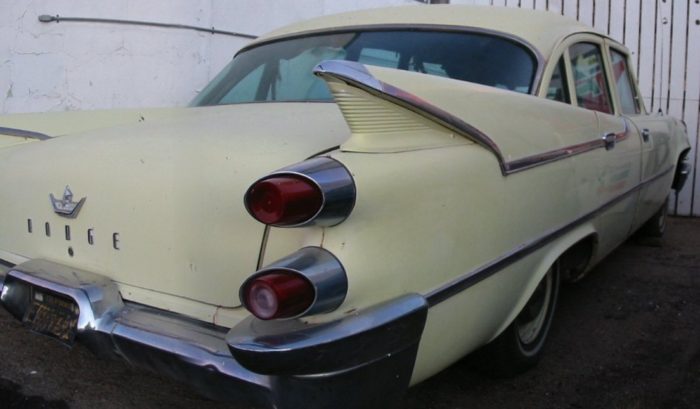 When Detroit started believing that, it was only a matter of time before Asian automakers started eating their lunch.

So I always find it an interesting question whether people believe their own PR. And this is an obvious question with Donald Trump as he is pretty much only PR. The people who like him have all completely bought into his PR. But the question still remains whether the Donald himself believes it.

Let’s look at a recent example. Days after the San Bernardino shootings, Donald Trump proposed banning Muslims from the US, including tourists. This was not the first time Trump attacked Muslims, including the famous time when he claimed (without any evidence) that “thousands” of Muslims in New Jersey cheered on 9/11.

Two days later, boxer Muhammad Ali (a Muslim) released a statement saying that political leaders should be responsible about what they say about Islam, and that killings like those in San Bernardino and Paris go against the teachings of Islam.

When Muhammad Ali died earlier this month, Donald Trump spoke very glowingly about Ali, calling him a “terrific guy”, “so generous” and an “amazing poet”. But when asked about Ali’s recent statement, Trump claimed that Ali’s statement was not about him. Trump told the New York Times:

“No, that wasn’t about me. That was about other things,” Mr. Trump said.

There’s just one problem. The title of Ali’s statement was “Presidential Candidates Proposing to Ban Muslim Immigration to the United States.” Not only was it issued just two days after Trump had done just that, but I don’t remember any other candidate ever proposing a ban.

Another example is Trump’s oft-repeated claim that he can self-fund his own presidential campaign and thus not be beholden to special interests. So how can Trump explain spending the last few weeks fundraising in heavily Republican states? That’s right, Trump is attending private fundraising events for donors. You know, those special interests that Trump claims to have no interest in.

Then on Saturday, the Trump campaign sent out an “emergency” fund-raising email, saying “Right now we’re facing an emergency goal of $100,000 to help get our ads on the air. We need your contribution by 11:59 P.M. Tonight. Crooked Hillary is about to invade your TV with ads attacking Mr. Trump. But we’re preparing to fight back.”

Let’s ignore for a moment that if Trump is half as rich as he claims to be, he should be able to write a check for $100,000 out of petty cash. The bigger issue is that the very same day at a campaign rally in Las Vegas, Trump again repeated his claim that he will self-fund, saying “I’ll just keep funding my own campaign. I’m ok with that. That’s the easy way. I mean for me, that’s the easy way.”

So when Trump says things like this, is he just bullshitting us? Or does he really believe them? Or, to put it more bluntly, is he a sociopath or just a congenital liar? Or maybe both.

This was written by Iron Knee. Posted on Tuesday, June 21, 2016, at 12:30 am. Filed under Hypocrisy. Tagged Lies. Bookmark the permalink. Follow comments here with the RSS feed. Both comments and trackbacks are currently closed.