Is This Becoming the New Normal? 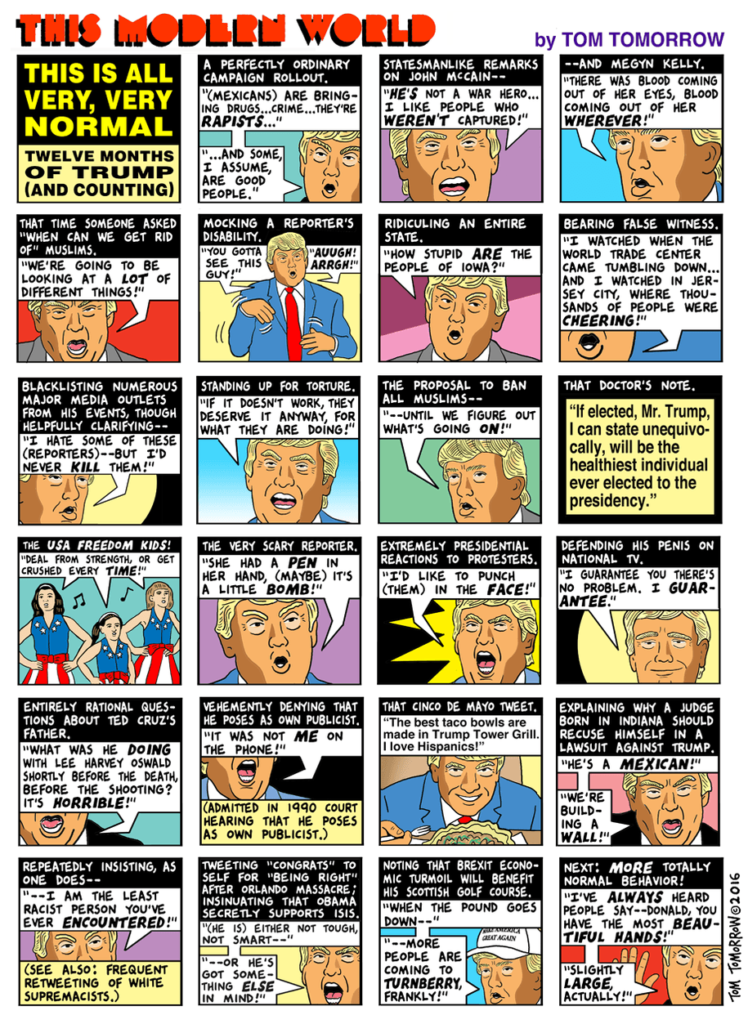 Has it really been just a year since Donald Trump announced he was running for the presidency? It seems way longer for some (unknown) reason. You can make a 23 panel comic just by quoting Trump’s greatest hits from the last year. And as Tom Tomorrow put it “Obviously I’m only scratching the surface, though — sad!”

And the lies just keep on coming. After an embarrassingly bad month of fundraising, Trump’s campaign just announced that a single campaign email blast raised $3.3 million. That’s more than he just raised in a whole month, which is frankly impossible. Plus we remember when he claimed that he raised $6 million for veterans, then had to repeatedly lower that number after the media questioned it.

This was written by Iron Knee. Posted on Wednesday, June 29, 2016, at 12:25 am. Filed under Irony. Tagged Lies, Trump. Bookmark the permalink. Follow comments here with the RSS feed. Both comments and trackbacks are currently closed.