An interesting post in Electoral Vote points out that Donald Trump has built an unprecedented coalition — of people who can’t stand the thought of him becoming president.

There’s Paul Ryan, of course, and John McCain, and a host of other high-ranking Republicans in Congress. Barack Obama has been anti-Trump from the outset, and is now actively working to persuade Republicans to abandon him. The progressive wing of the Democratic Party is on board, including Sens. Bernie Sanders (I-VT) and Elizabeth Warren (D-MA), as is much of the right-wing commentariat, among them Erick Erickson and Glenn Beck. There are Republican lions, like George H.W. Bush and Democratic lions, like Al Gore and Jimmy Carter. In short, though he presumably did not mean to do so, Trump has built a remarkable coalition.

What’s more, this #NeverTrump coalition is growing. Yesterday, Trump lashed out at Republicans in an epic hissy fit, causing even more leaders from his own party to disown him.

At the same time, his angry base ate it up, creating an even bigger gulf between Trump supporters and mainstream Republicans. If Trump supporters turn against other Republicans, it could cost the GOP not just control of the Senate, but maybe even the House. And with the House possibly in play, even more Democrats will rally against Trump.

Yesterday, for the first time Al Gore made a joint campaign appearance with Hillary Clinton in Florida. Gore wasted no time in pointing out that voting does count — Gore lost Florida by 537 votes out of 6 million cast. If the Florida Democrats had been able to increase their turnout in Florida by 0.009%, Gore would have become president instead of Dubya.

But whatever happens, you can bet that if you think Trump is being ugly now, he and his supporters are only going to get worse. 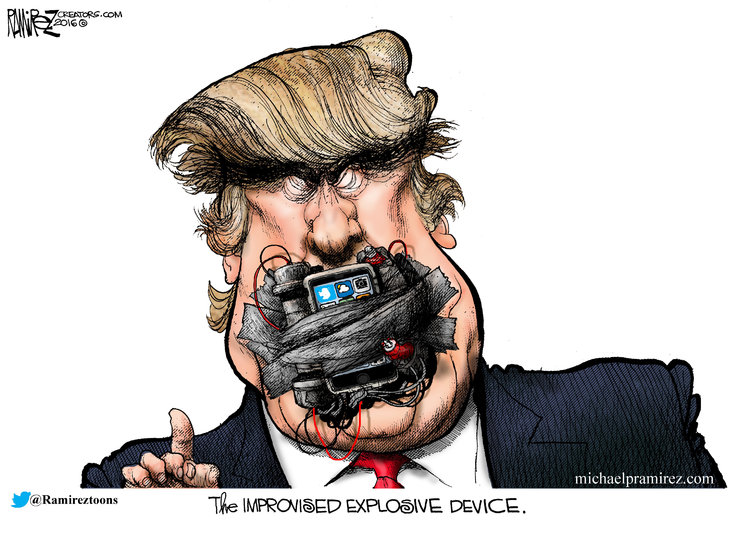 This was written by Iron Knee. Posted on Wednesday, October 12, 2016, at 6:41 am. Filed under Irony. Bookmark the permalink. Follow comments here with the RSS feed. Both comments and trackbacks are currently closed.