Oops, I did it again!

You might think that being elected president would sooth Trump’s ego enough so he wouldn’t have such a thin skin. But you would be wrong. Saturday Night Live did another funny skit featuring Alec Baldwin as Trump, about how Trump can’t stop tweeting:

So of course Trump had to tweet about it! Reality is stranger than parody, and he really can’t help himself! 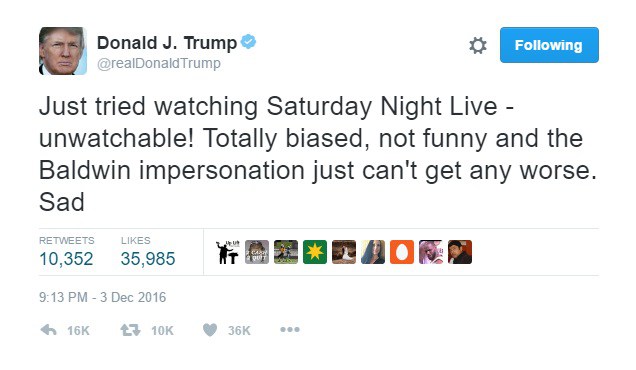 That would be hilarious enough, but Twitter user Danielle Muscato went on a rant. Here are just the first few tweets: 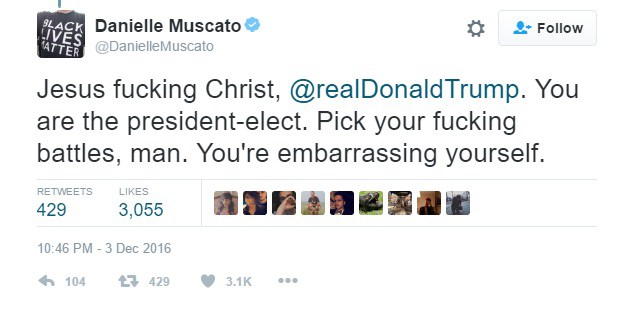 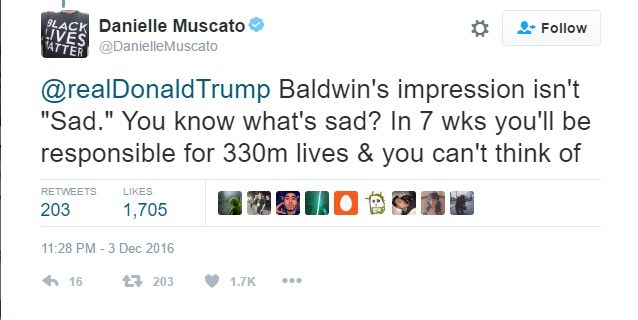 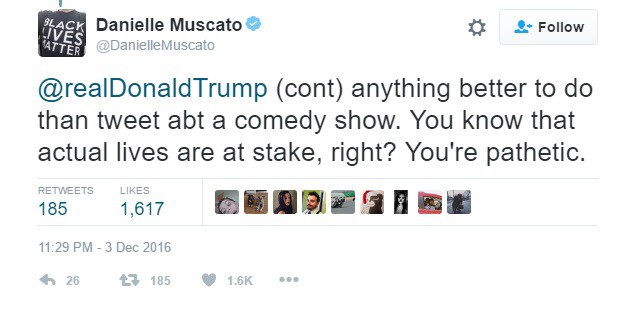 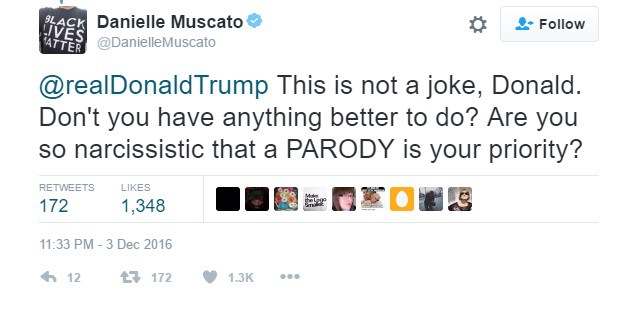 For his part, Baldwin has offered to stop his parody of Trump, but only if Trump releases his tax returns.

This was written by Iron Knee. Posted on Tuesday, December 6, 2016, at 12:20 am. Filed under Irony. Tagged Trump. Bookmark the permalink. Follow comments here with the RSS feed. Both comments and trackbacks are currently closed.