After the 2012 election, Donald Trump thought that Barack Obama, while winning the Electoral College, lost the popular vote. Mind you, Obama actually won the popular vote, but that didn’t stop Trump from tweeting stupid things about it: 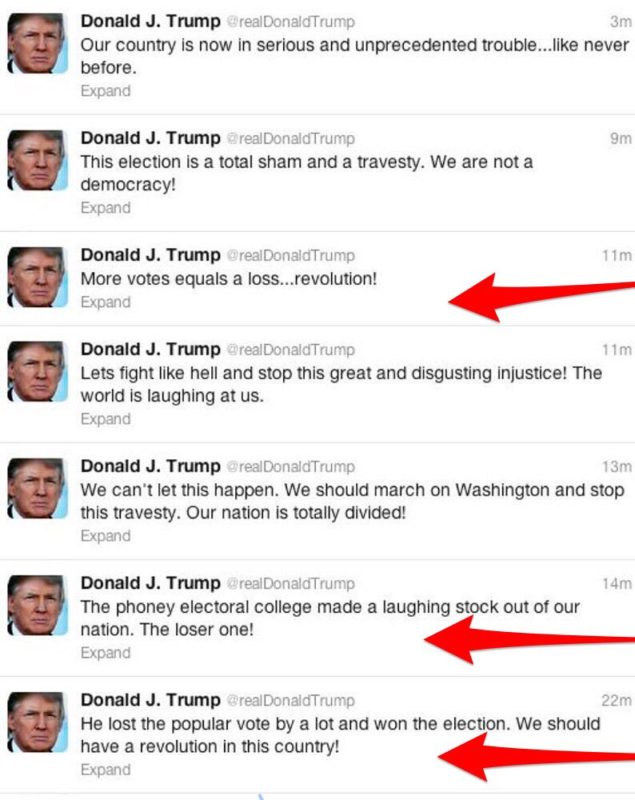 So, not only is he a complete hypocrite, he doesn’t have a firm grasp on reality, and he is only too happy to shoot off his mouth even when he doesn’t actually know what is going on.

Could this lead to problems as he assumes the presidency?

This was written by Iron Knee. Posted on Friday, December 23, 2016, at 12:30 am. Filed under Hypocrisy. Tagged Electoral College, Trump. Bookmark the permalink. Follow comments here with the RSS feed. Both comments and trackbacks are currently closed.