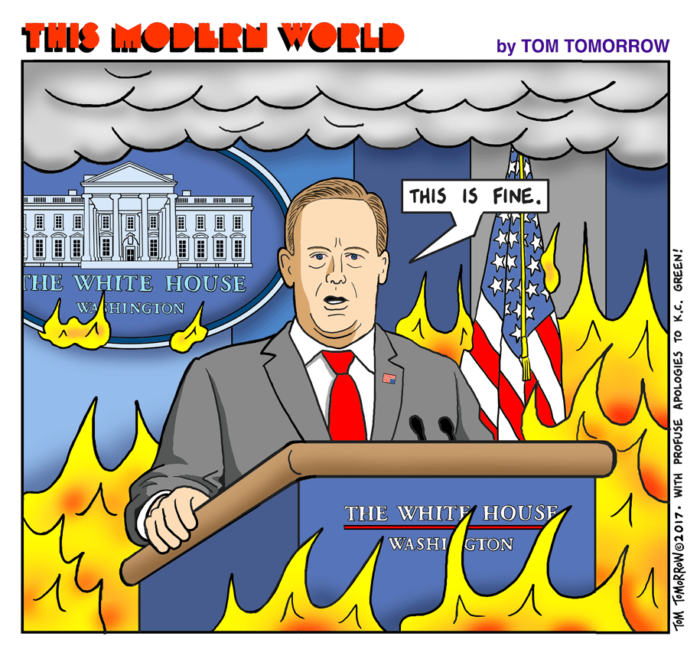 I don’t think anyone believes anything Sean Spicer says any more. But what’s really ironic about this is that in order to support Trump, people have to be willing to not believe anything Spicer, Trump, or anyone else in his administration says. Or else, they have to just pick and choose what they believe, while completely ignoring the rest. It’s a whole new form of willing suspension of disbelief!

This was written by Iron Knee. Posted on Tuesday, April 4, 2017, at 4:31 am. Filed under Irony. Tagged Lies. Bookmark the permalink. Follow comments here with the RSS feed. Both comments and trackbacks are currently closed.