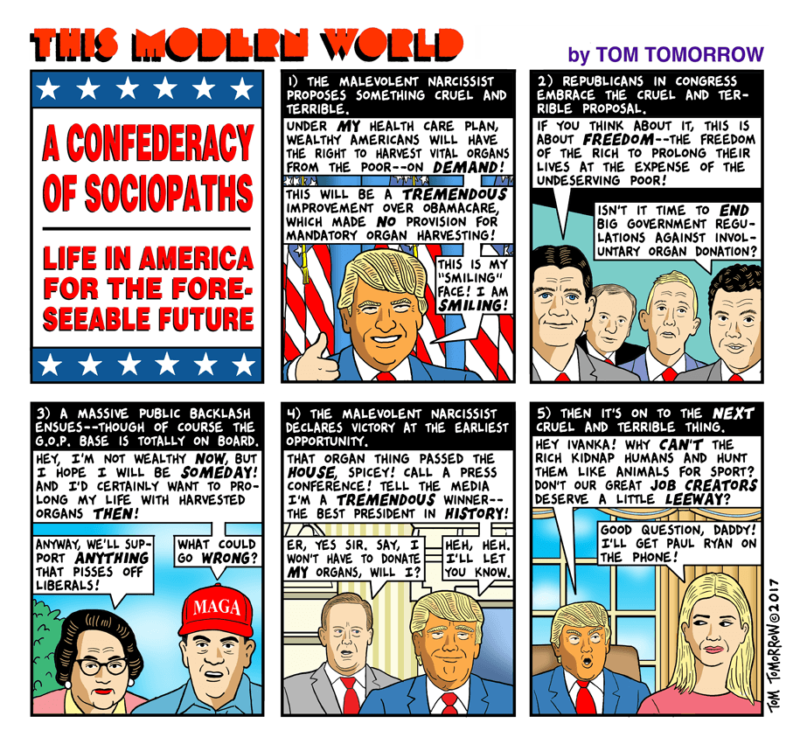 After all, Trump did claim that he could “shoot someone on a crowded street and not lose any voters“.

And it isn’t like Trump or his relatives care what they do or say. The latest example of their corruption and nepotism is Nicole Kushner Meyer, who is Jared Kushner’s sister. Meyer was caught making a presentation in Beijing offering rich Chinese investors an American visa if they would invest at least $500,000 in a real estate development being done in New Jersey by her family.

If this wasn’t clear enough, they passed out a brochure saying “Invest $500,000 and immigrate to the United States.” The presentation showed images of her brother, and of Donald Trump, and highlighted her relationship to them.

“The textbook definition of corruption is when a government official or family member offers special treatment from the government to someone in exchange for giving them money in one form or another.”

I guess we are now living in a Kleptocracy. And as long as it pisses off liberals, Trump’s supporters don’t seem to care. Speaking of that, is the guy in the MAGA hat supposed to be “Joe the Plumber”?

This was written by Iron Knee. Posted on Tuesday, May 9, 2017, at 12:30 am. Filed under Irony. Tagged Corruption, Nepotism. Bookmark the permalink. Follow comments here with the RSS feed. Both comments and trackbacks are currently closed.