I’m sure there is a perfectly good treason 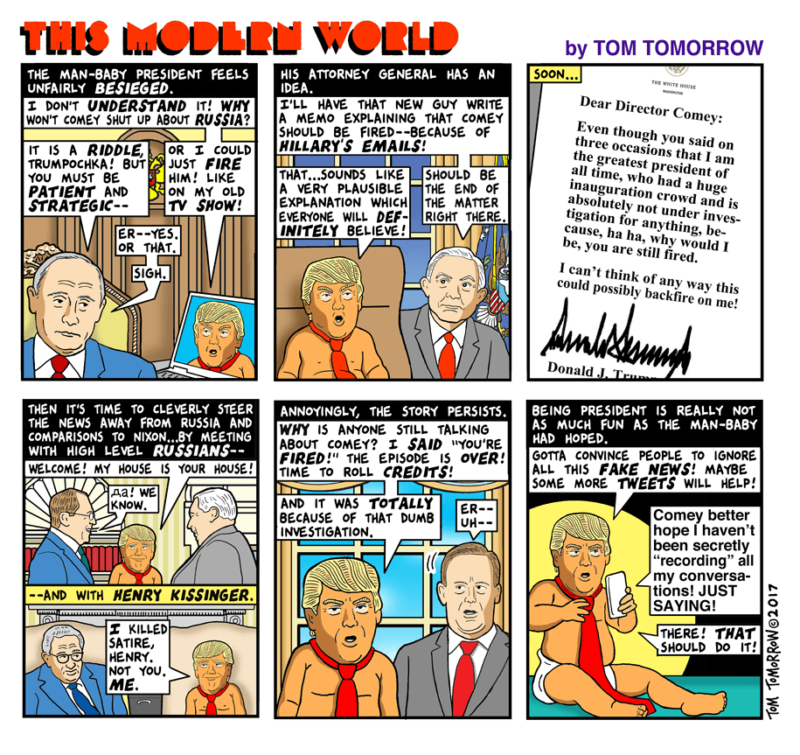 So the most insane news came out today. At the meeting that Donald Trump had with the Russians, which happened the day after Donald Trump fired James Comey, Trump bragged about all the good intelligence reports that were given to him every day, and then, actually told the Russians about one of them. Which happened to be so completely secret that we wouldn’t even share it with our closest allies, but Trump spilled the beans. Which reportedly put people at risk, and also compromised a source of information that has been very helpful in stopping terrorist attacks. So we probably won’t be getting any more information from that source.

So if a terrorist attack happens while Trump is president, we will never know if it could have been prevented if Trump had kept his tiny mouth shut.

Oh, and of course need I mention that Trump said over and over that Hillary Clinton should be in jail because she was careless with classified information?

I would say it can’t get much worse than this, but you know, every day it does.

UPDATE: The Atlantic explains why what Trump did is a disaster for the US.

UPDATE 2: It just keeps getting worse. Comey says that Trump tried to get him to drop the FBI investigation into Michael Flynn. That is obstruction of justice.

This was written by Iron Knee. Posted on Tuesday, May 16, 2017, at 12:23 am. Filed under Hypocrisy. Tagged Security, Terrorism. Bookmark the permalink. Follow comments here with the RSS feed. Both comments and trackbacks are currently closed.