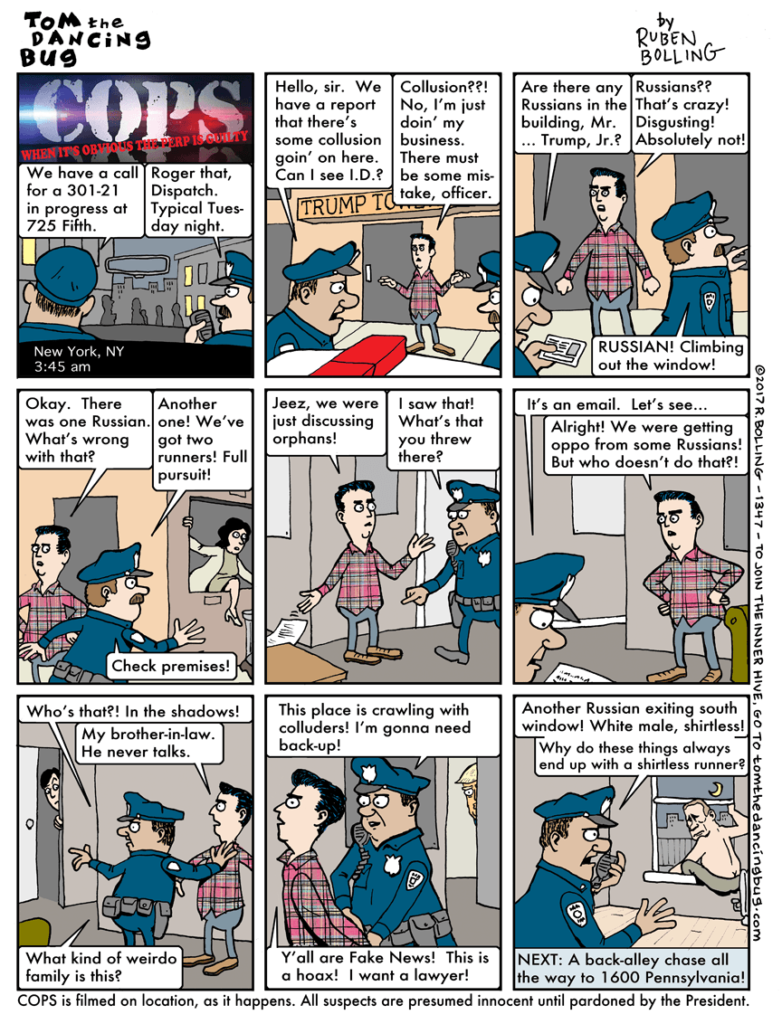 Remember, it isn’t a crime when the president does it, or someone does it for him.

There are so many examples of this. For example, American exceptionalism. Regime change in Iraq (and other countries) is ok, because … we are the good guys. But Russians meddling in our elections is bad because … they are the bad guys.

Or religion. We still sing songs about the Christian crusades (Onward Christian Soldiers), but that was ok because … Christians are the good guys.

The list goes on and on. Republicans versus Democrats, or cops versus minorities. What’s your favorite example of good/bad syndrome?

This was written by Iron Knee. Posted on Monday, July 24, 2017, at 1:43 am. Filed under Hypocrisy. Tagged Trump. Bookmark the permalink. Follow comments here with the RSS feed. Both comments and trackbacks are currently closed.