All The President’s Men (Tal Defects) 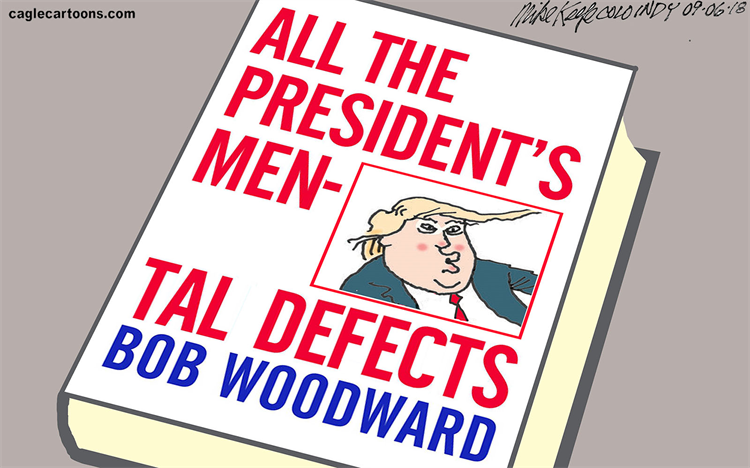 And right now, Trump’s major mental defect is that he is simply making shit up about Puerto Rico. Trump claims that only between 6 and 18 people died because of Hurricane Maria, which officially killed 2975 people. Even Republicans are rolling their eyes at such bald-faced lies.

Not only is Trump completely unmoored from reality, his craven need to fantasize that he is doing a good job is threatening to unleash a political hurricane that will bring the blue wave crashing down on the Republicans in the coming mid-term election. Trump will be a huge loser, and he only has himself to blame.

But that won’t stop him from blaming everyone but himself: 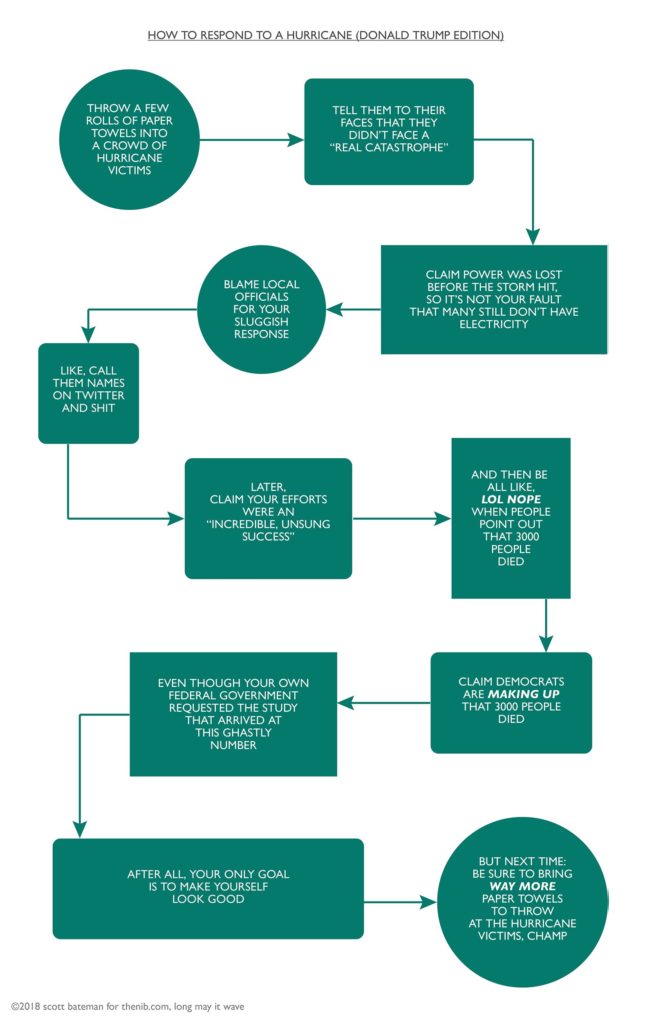 This was written by Iron Knee. Posted on Friday, September 14, 2018, at 6:28 am. Filed under Humor, Hypocrisy. Tagged Lies, Trump, Weather. Bookmark the permalink. Follow comments here with the RSS feed. Both comments and trackbacks are currently closed.