Yesterday, Donald Trump said he was going to end birthright citizenship, which is the right of people born on US soil to become US citizens. Trump claims he can do this with an executive order.

And of course, these days Trump does not seem to be able to open his mouth without a lie coming out, and an easily disproved lie at that. Trump claimed that the US was the only country that has birthright citizenship. Turns out that our two nearest neighbors, Canada and Mexico, both have it. As do many other countries in the western hemisphere. In fact, there are three dozen countries that have it. Here’s a map: 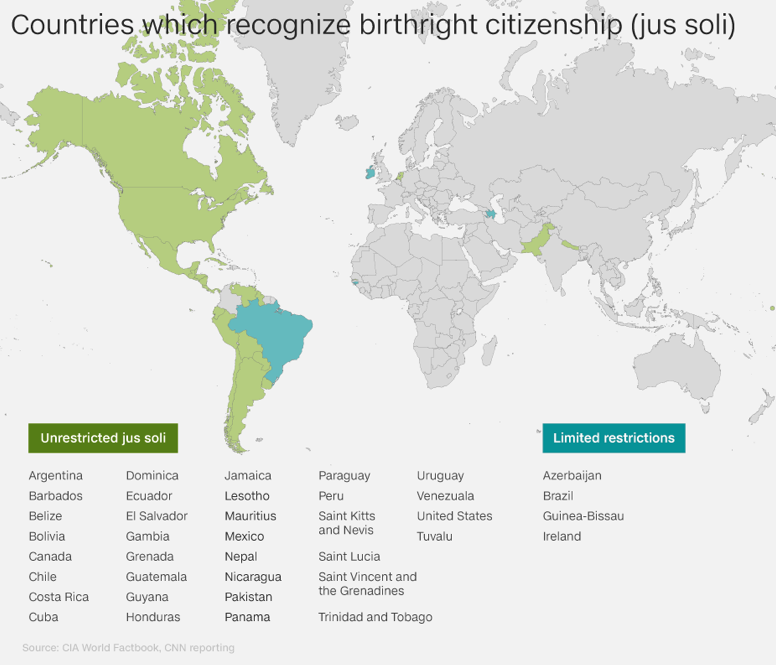 This was written by Iron Knee. Posted on Wednesday, October 31, 2018, at 2:05 am. Filed under Hypocrisy. Tagged Immigration, Lies. Bookmark the permalink. Follow comments here with the RSS feed. Both comments and trackbacks are currently closed.