Dumb as a Rock 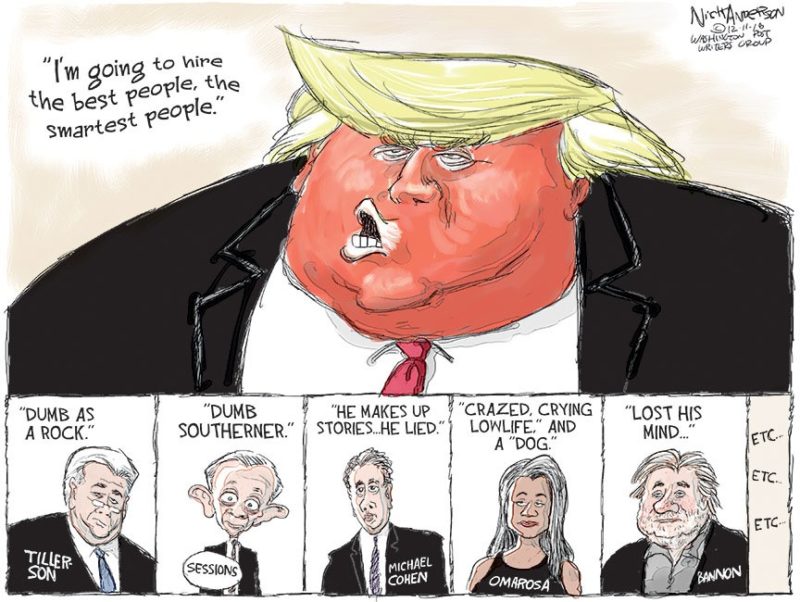 We did! We hired Donald Trump. And he hired a bunch of crooks and liars, just like himself.

If you really want to see someone as dumb as a rock, consider that Trump decided to hold a negotiating session on live TV with Nancy Pelosi and Chuck Schumer. Which he not only lost badly, but he spent a bunch of time mansplaining to Pelosi. Yeah, that will surely win back women voters!

Next, Schumer set a simple trap for Trump and he fell for it. Yup, dumb as a rock.

But Trump is not just dumb. He even claimed that Mexico is going to pay for the wall. He’s either seriously delusional or he just can’t stop lying for a second.

Trump is going to shut down the government over funding for his wall. What a nice Christmas present for Americans.

This was written by Iron Knee. Posted on Wednesday, December 12, 2018, at 8:01 am. Filed under Hypocrisy. Tagged Immigration, Lies, Sexism. Bookmark the permalink. Follow comments here with the RSS feed. Both comments and trackbacks are currently closed.