Donald Trump claimed that “all” the former presidents knew that they should have built a border wall, and that “Some of them have told me that we should have done it.” But all the living ex-presidents have denied even talking to Trump about the wall.

So which presidents is Trump talking about? Here’s a good guess: 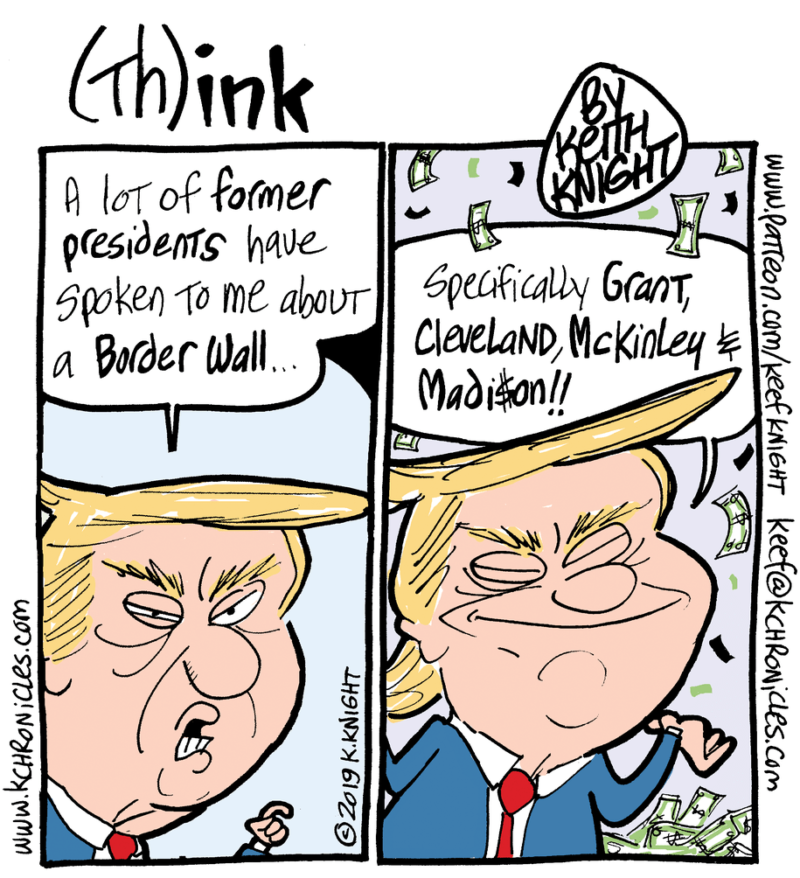 Incidentally, I linked the Trump quote to an article in People magazine with the title “President Trump Was Lying When He Said the Former Presidents Agreed About Building a Border Wall.” Who ever thought we’d see People magazine calling any president a liar?

This was written by Iron Knee. Posted on Wednesday, January 9, 2019, at 12:15 am. Filed under Humor. Tagged Donald Trump, Immigration, Lies. Bookmark the permalink. Follow comments here with the RSS feed. Both comments and trackbacks are currently closed.