The town of Scottsdale, Virginia has your typical Fourth of July parade, but here’s an interesting juxtaposition. In the first photo is challenger Tom Perriello, the democratic nominee for Congress, riding on a float pulled by a bio-diesel fueled tractor: 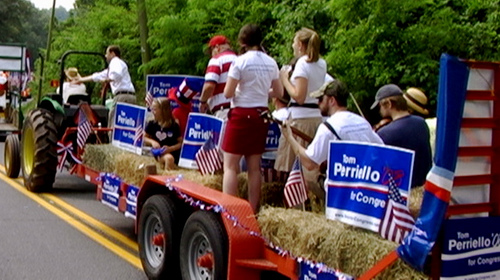 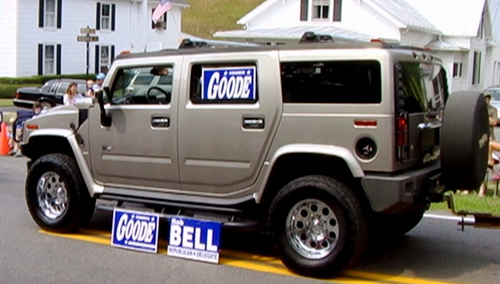 a Hummer.  Just to add a bit of hypocrisy, Goode talks a lot about energy independence and alternative energy on his website. Maybe he could claim that it was wind powered — pulling a float full of hot air.

For more about Goode, see this.

This was written by Iron Knee. Posted on Tuesday, July 8, 2008, at 12:10 am. Filed under Hypocrisy, Popular. Tagged Republicans. Bookmark the permalink. Follow comments here with the RSS feed. Both comments and trackbacks are currently closed.