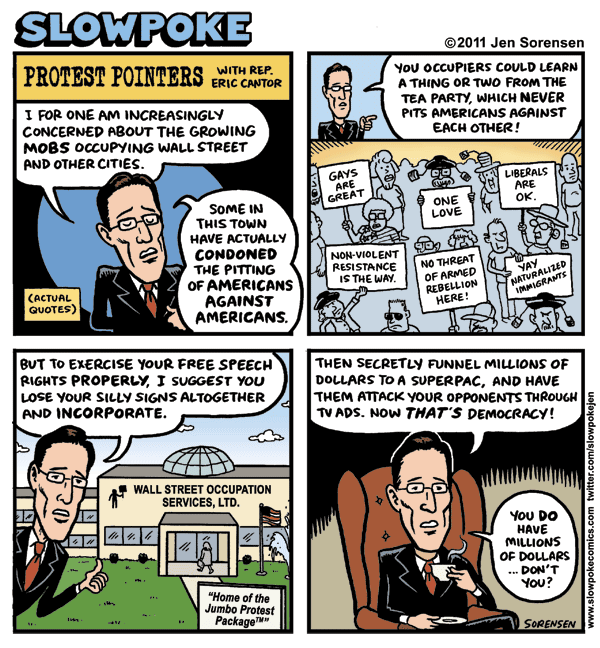 Unfortunately, in the wake of Citizen’s United, the free speech of ordinary citizens (even expressed as protests) is dwarfed by the “free speech” of unlimited corporate cash. Not only that, but since it is corporate cash (in the form of advertising) that feeds the mainstream media, you can guess where their sympathies will lie. Maybe if the protestors could get jobs they would have enough cash to buy some of that free speech.

This was written by Iron Knee. Posted on Thursday, October 13, 2011, at 12:47 am. Filed under Hypocrisy. Tagged Protests, Republicans. Bookmark the permalink. Follow comments here with the RSS feed. Both comments and trackbacks are currently closed.