Under the tax plan promoted by Paul Ryan — Mitt Romney’s Vice Presidential running mate — Romney would pay almost nothing in federal taxes. How do we know this? Because Romney himself told us!

In Ryan’s plan, he wants to eliminate income taxes on capital gains, interest, and dividends entirely. That means that the vast majority of Romney’s earnings would not be taxed at all.

If we look at Romney’s earnings in 2010 (the only year for which we have a full tax return for Romney), he earned more than $21 million. But almost all of that was capital gains and interest. Romney did earn $593,996 in author and speaking fees that year, and since he actually worked to earn that income, it would still be taxed under Ryan’s plan. But Ryan also would reduce the top marginal tax rate from 35% to 25% and would eliminate the Alternative Minimum Tax.

Bottom line? Romney’s tax rate for 2010 would have been 0.82 percent. And Romney’s earnings wouldn’t pay any corporate taxes either. And no inheritance taxes.

If Romney stopped earning speaking fees, he could easily drive his tax rate to zero. Not only that, but lots of super-rich people would also end up paying nothing in federal taxes, as long as they don’t actually work for any of their income.

The loss of revenue would essentially destroy our government, since there would be no money for anything other than Social Security and defense. Nothing. No FBI. No highway funds. No FAA. No Veteran’s benefits. No NASA. No unemployment insurance. No weather service. Nothing to protect our borders at all. No Medicare or Medicaid. No federal education funds. And just to pay for Social Security and defense, Ryan’s plan would raise taxes on the poorest Americans. 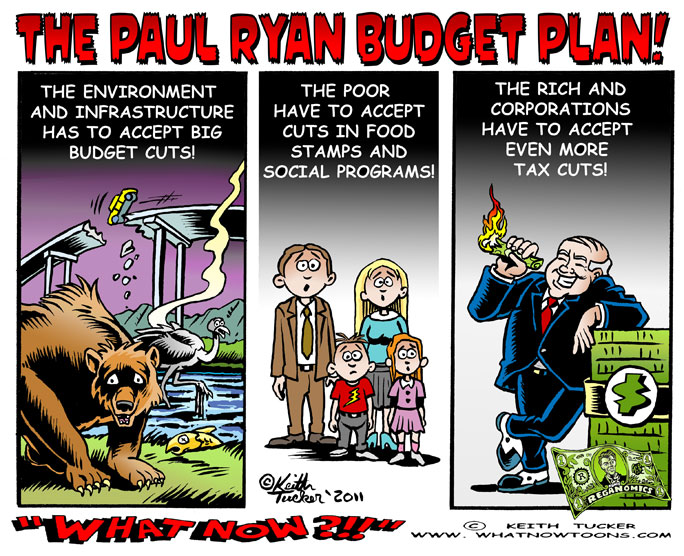 This was written by Iron Knee. Posted on Sunday, August 12, 2012, at 5:15 am. Filed under Irony. Tagged Economy, Taxes. Bookmark the permalink. Follow comments here with the RSS feed. Both comments and trackbacks are currently closed.