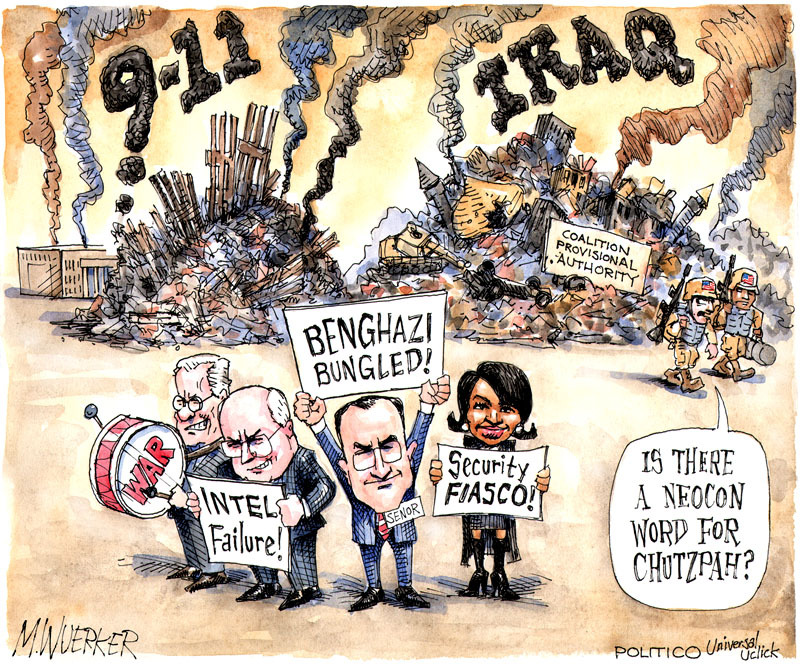 Finally! A comic that voices something that I’ve been wondering about. I keep hearing Republicans ripping into Obama for not preventing the attack that killed the US Ambassador in Libya. Should they have had more security? Were there clear warning signs?

And I’ve said it before, and I’ll say it again. Anyone who questioned Dubya after 9/11 was immediately attacked as unpatriotic. And yet these same clowns have no problem questioning everything that Obama does. They won’t even wait until we have all the information. And if they don’t like the information when it does come, they will make things up. It makes me sick.

This was written by Iron Knee. Posted on Friday, October 26, 2012, at 9:37 pm. Filed under Hypocrisy. Bookmark the permalink. Follow comments here with the RSS feed. Both comments and trackbacks are currently closed.