Gov. Rick Perry shows once again that he has a bad memory.

You’ve probably heard that a man (who had a knife) jumped the White House fence and made it into the executive mansion before he was tackled by the Secret Service.

So of course, do Republican express concern for our president?

Not Rick Perry. On Tuesday on MSNBC he bragged “Let me tell you – Texas governor’s [security] detail, do not try to run through the governor’s mansion.” He added that if you do try that “You will meet justice.”

I guess he forgot that in 2008 (yes, when Perry was governor), an arsonist succeeded in partially destroying the Texas governor’s mansion. Not only that, but they never caught the person who did it. 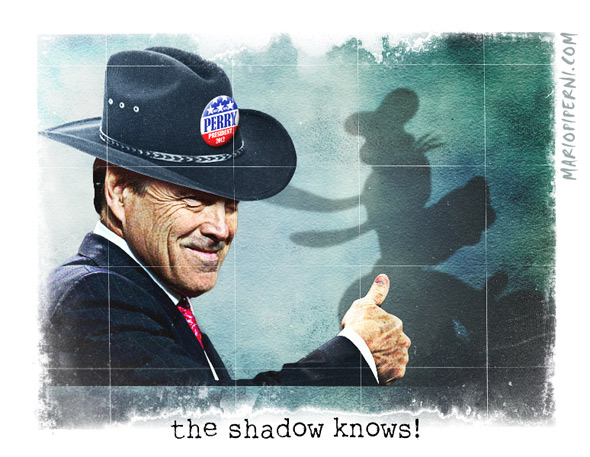 This was written by Iron Knee. Posted on Thursday, October 2, 2014, at 12:35 am. Filed under Irony. Tagged Security. Bookmark the permalink. Follow comments here with the RSS feed. Both comments and trackbacks are currently closed.