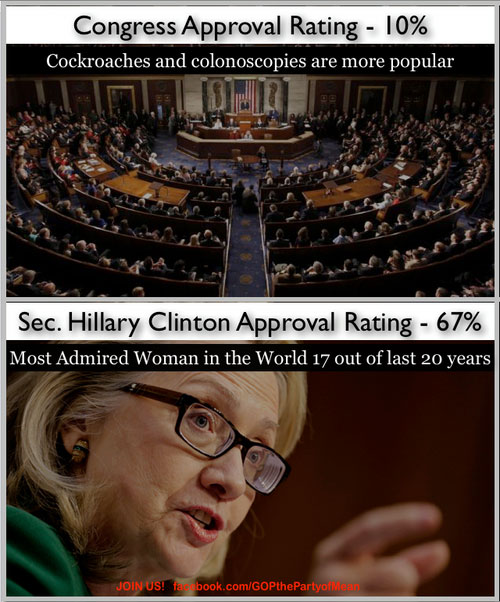 I don’t know where they got their numbers. The approval rating for Congress is now around 18% (although it went below 10% near the end of 2013). And Hillary Clinton’s approval rating is around 50% (although a few polls have put it higher than 67% in the past).

Although this meme is still funny.

And they seem to be correct in how often she has been named America’s “Most Admired Woman”.

This was written by Iron Knee. Posted on Saturday, April 18, 2015, at 12:30 am. Filed under Irony. Bookmark the permalink. Follow comments here with the RSS feed. Both comments and trackbacks are currently closed.