Not Just a River in Egypt 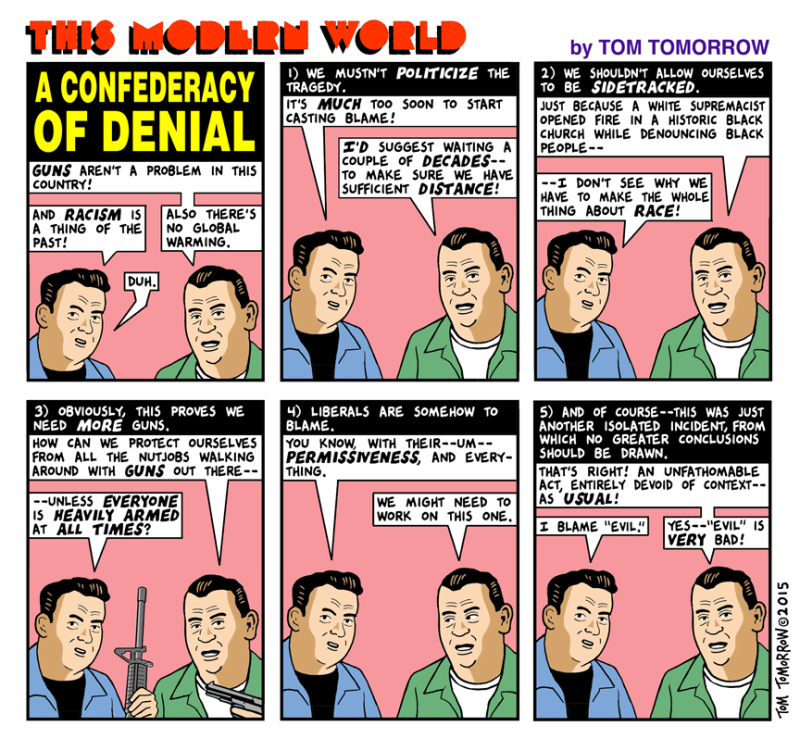 I believe that the second amendment does give people the right to own guns. It just seems to me that there should be some way to close all the stupid loopholes that allow people to buy guns with no background check. I’d even be in favor of requiring people to pass some kind of safety test before buying a gun, like we do for driver’s licenses.

Why some people think the second amendment is absolute and will allow no restrictions just seems insane. The right to free speech does not allow someone to yell “Fire!” in a crowded theatre. Nor does the right to practice your religion allow you to sacrifice humans to your chosen deity.

But some kind of compromise over gun laws is unlikely, when you have people like NRA executive Charles Cotton. Cotton suggested online that one of the slain people, pastor and Democratic state Senator Clementa Pinckney, was partly to blame because he had voted against legislation that would have allowed concealed handguns to be carried in churches. Cotton wrote “Eight of his church members who might be alive if he had expressly allowed members to carry handguns in church are dead.”

This was written by Iron Knee. Posted on Sunday, June 21, 2015, at 12:15 am. Filed under Irony. Tagged Guns. Bookmark the permalink. Follow comments here with the RSS feed. Both comments and trackbacks are currently closed.