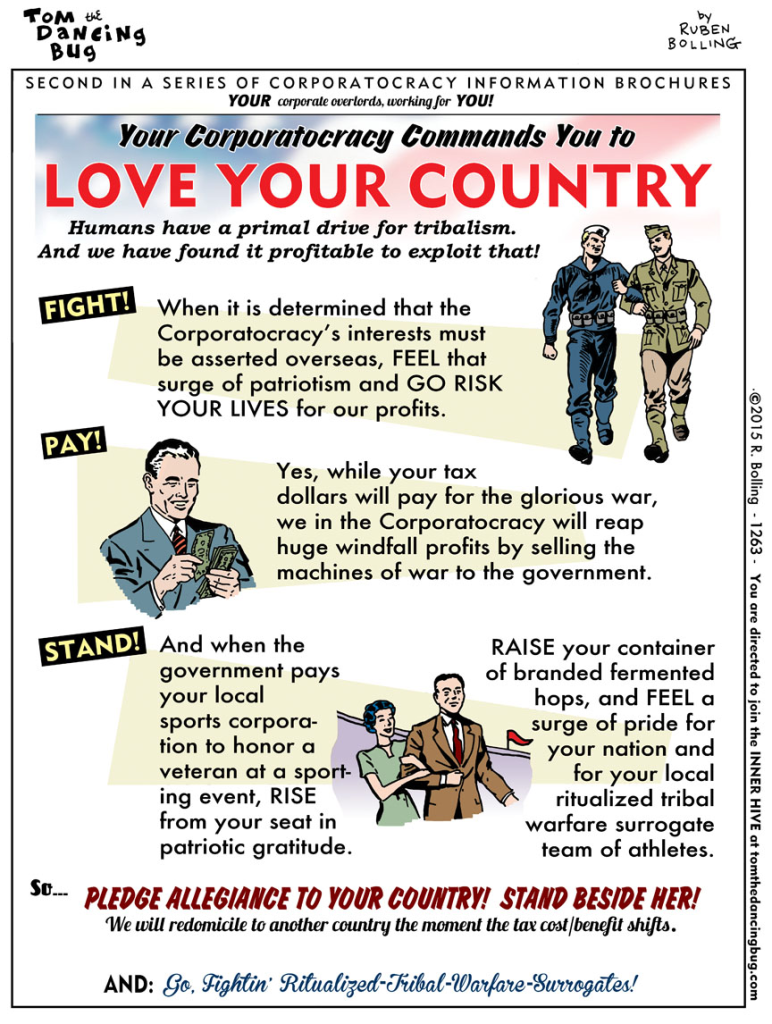 It also doesn’t mention that conservatives seem to love Fox News more that they love their country. Do those conservatives know that Fox News is owned by a foreigner who only became a US citizen in order to satisfy the legal requirement for ownership of US television stations, and who still owns significant media assets in other countries?

This was written by Iron Knee. Posted on Wednesday, November 18, 2015, at 12:30 am. Filed under Irony. Tagged Corporations, Taxes. Bookmark the permalink. Follow comments here with the RSS feed. Both comments and trackbacks are currently closed.