On Monday, Trump again fell back on his old standby of spewing hatred at immigrants, and called for “extreme vetting” of foreigners before they are admitted to the US. “Those who do not believe in our Constitution, or support bigotry and hatred, will not be admitted for immigration into our country. Only those who expect to flourish in our country and to embrace a tolerant American society should be issued visas.”

Of course, pretty much everything Trump said he would do is already being done to vet immigrants, which is why it takes up to two years to gain entry to this country.

In fact, according to Perry Rivkind, a Reagan appointee who was an associate commissioner of the Immigration and Naturalization Service and an INS district director, neither Trump nor his current wife could pass the stringent requirements to immigrate into this country.

Of course, Donald Trump is already an American citizen, so he wouldn’t need to immigrate here. But according to Rivkind, if Trump applied for a job with the US government, he would not have made it through the background checks and security clearance requirements for the job:

He would be rejected because of his statements. He’d never be accepted into any other position. I’m not sure he could get an appointment because he couldn’t pass a security check. He could not get into a U.S. government job based on his statements on Russia, his attacks on people. He couldn’t get any clearance. He couldn’t have access to classified material.

Rivkind’s duties included vetting job candidates at the Justice Department, and he says he turned people down for character flaws far less serious than Trump’s.

Rivkind also questions how Melania was able to obtain a work visa, especially since she only had a fledgling modeling career and had posed for nude photographs:

The vetting system for immigrants is so strict that the sexy photographs of Melania holding a gun, wearing a mask and posing in “sadomasochistic” poses should’ve been cause to put a review hold on her permanent status. 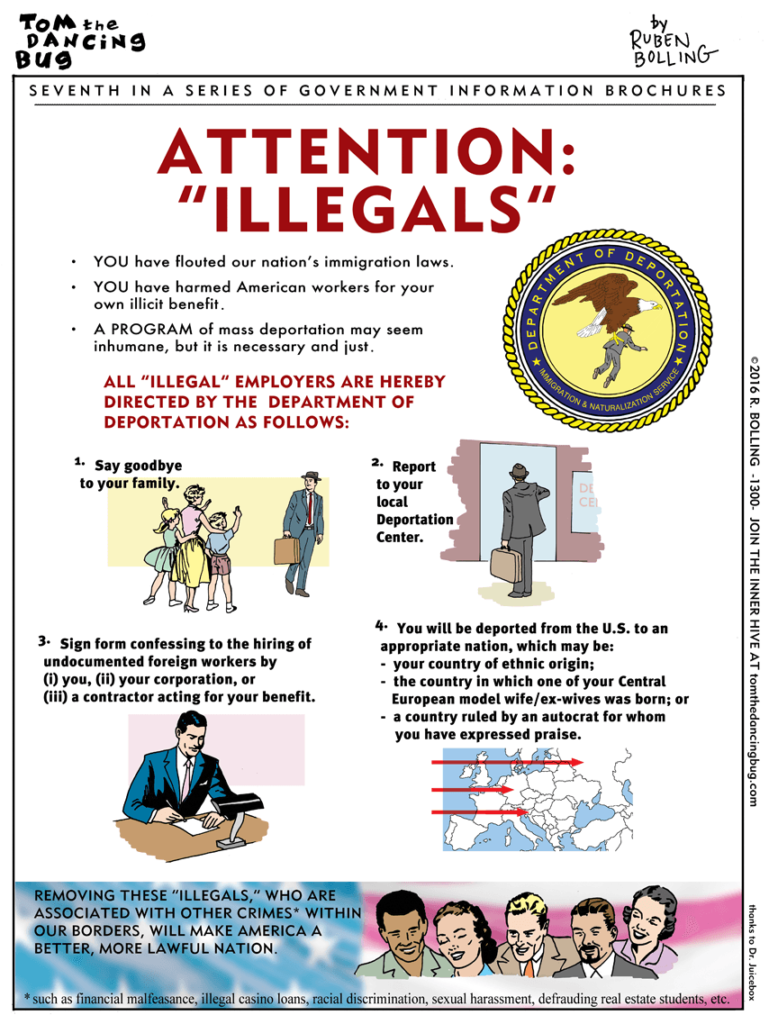 This was written by Iron Knee. Posted on Friday, August 19, 2016, at 12:24 am. Filed under Hypocrisy. Tagged Immigration, Trump. Bookmark the permalink. Follow comments here with the RSS feed. Both comments and trackbacks are currently closed.