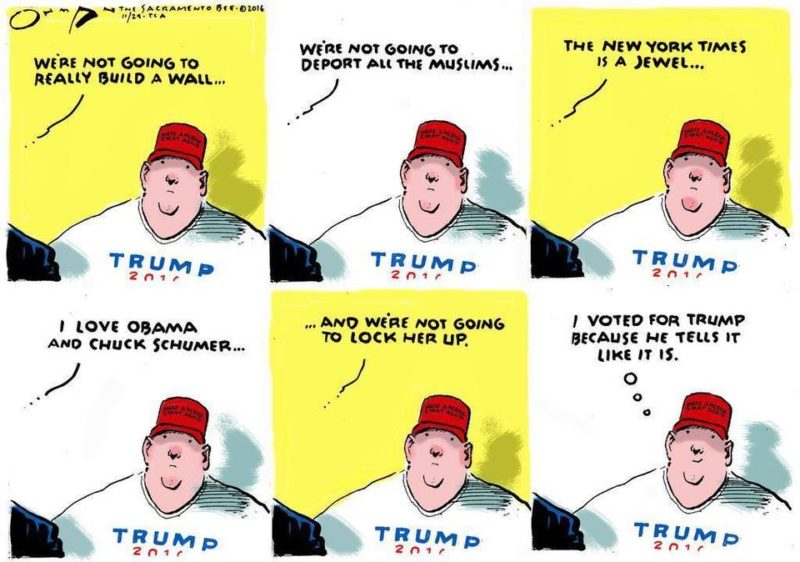 As many of you know, I’m doing some extended traveling now. Have been in Spain for a while, and it is interesting to learn about Spain’s period of fascism. I know in the US we like to compare people we don’t like to Hitler, but I think with Trump, a closer look at the history of Francisco Franco might be apt. Franco came to power basically promising to make Spain great again. He initially had wide support, but quickly turned into a dictator and even instituted concentration camps to get rid of undesirables. And because he was a strong anti-communist, the US actually supported him.

If you liked this, you might also like these related posts:
This was written by Iron Knee. Posted on Friday, December 2, 2016, at 12:08 pm. Filed under Irony. Tagged Fascism. Bookmark the permalink. Follow comments here with the RSS feed. Both comments and trackbacks are currently closed.