As Real as Trump 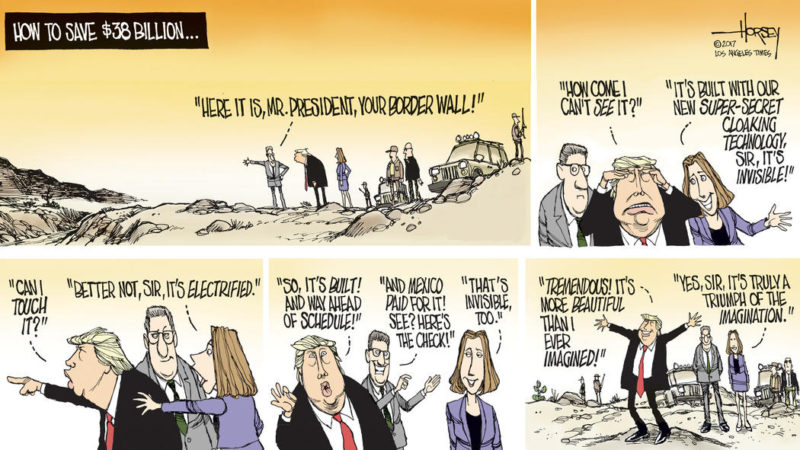 Hey, why not just claim victory and move on? After all, most people didn’t believe Donald Trump when he (over and over and over again) claimed that he would build a wall and Mexico would pay for it. And if someone was stupid enough to believe that, then they would probably believe this too.

Trump could even declare victory — claiming that he has reduced illegal immigration to its lowest level in at least 17 years, which is true except for the part about him doing it (it was really Obama, but we shouldn’t mention that!).

This was written by Iron Knee. Posted on Sunday, April 16, 2017, at 12:20 am. Filed under Humor. Tagged Immigration, Trump. Bookmark the permalink. Follow comments here with the RSS feed. Both comments and trackbacks are currently closed.