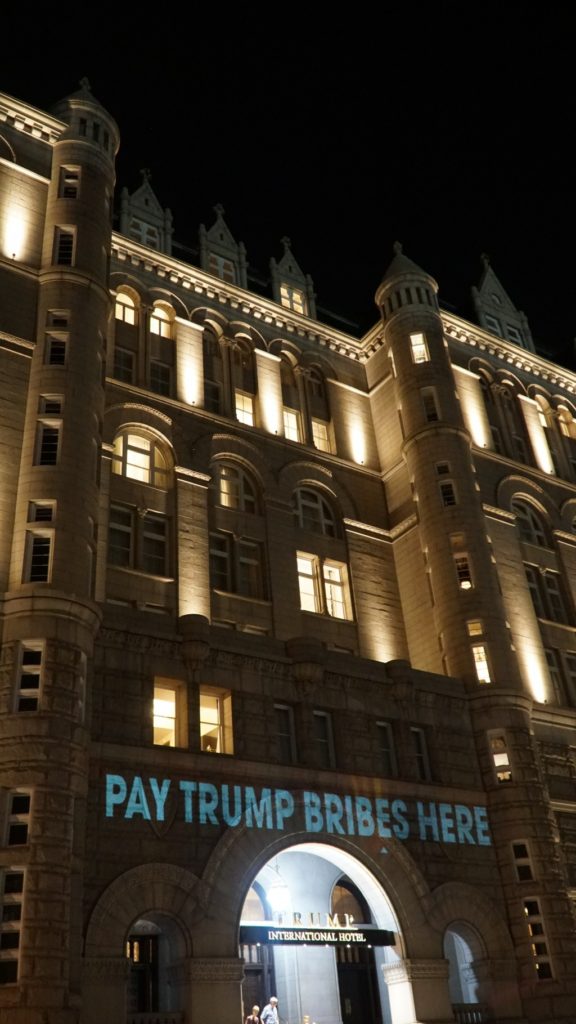 The projections were only up for 6 minutes before the hotel demanded that they turn them off, but it was long enough for an open-top tour bus to go by. The tourists on the bus reportedly cheered at the sight.

This was written by Iron Knee. Posted on Thursday, May 18, 2017, at 12:25 am. Filed under Irony. Tagged Emoluments, Trump. Bookmark the permalink. Follow comments here with the RSS feed. Both comments and trackbacks are currently closed.