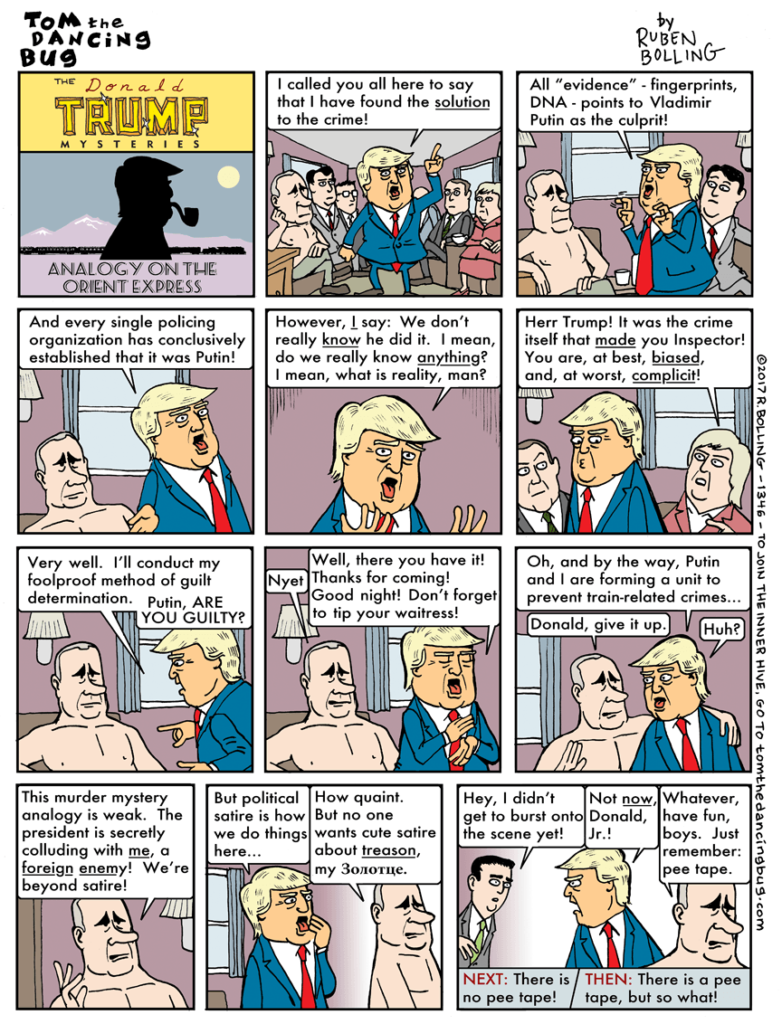 Have you seen the movie (or the play) “The Producers”? Actually, there were two versions of the movie, either will do. In The Producers a Broadway producer realizes that he should be able to get away with stealing tons of money from investors as long as he can guarantee that the play they produce is a flop. So they create a disaster of a play about Nazis called “Springtime for Hitler”. Except, that it is so bad it is funny, and becomes a hit.

We know that Trump did not expect (or even hope) to win the election. Which may explain why they were so lazy and sloppy, and felt that they could get away with doing tons of illegal things. You know, like having meetings with Russian government officials in order to destroy the integrity of the election. Of course, as long as they lost.

Now of course, they are all lawyering up, a sure sign that they know they are in deep doo-doo. I expect things to get far worse before they get better (if they ever doo [sic]).

This was written by Iron Knee. Posted on Saturday, July 15, 2017, at 5:37 am. Filed under Irony. Tagged Treason. Bookmark the permalink. Follow comments here with the RSS feed. Both comments and trackbacks are currently closed.