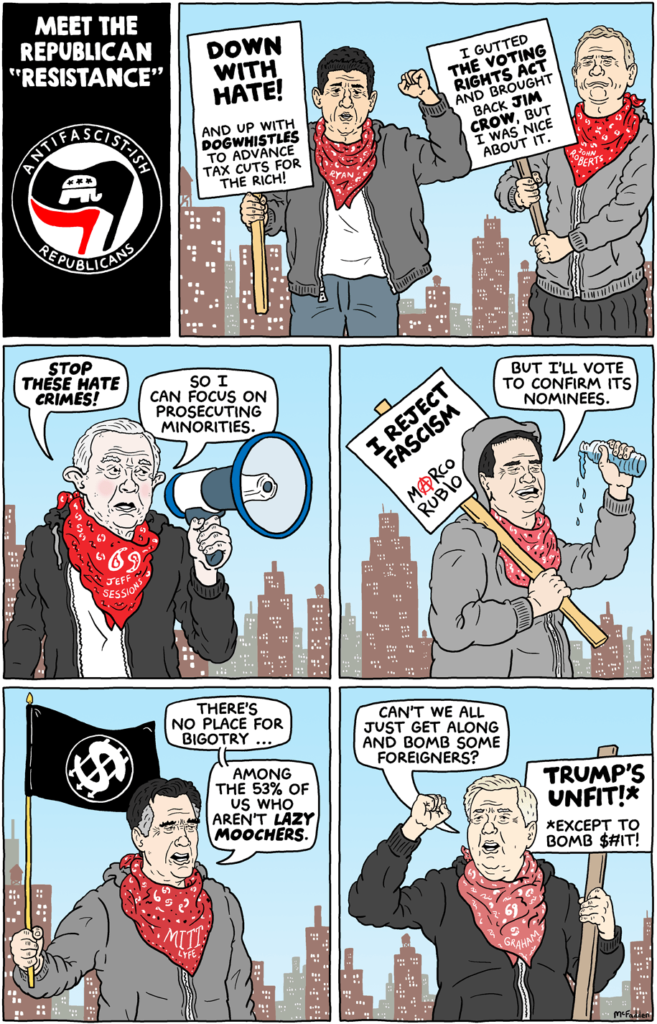 Every since Nixon’s “Southern Strategy” Republicans have been courting racists and bigots in the name of states rights, voter fraud laws, harsh and excessive drug laws aimed primarily at minorities, attacks on immigrants, “three strikes”, “stand your ground” and other racist laws. The one thing they can’t stand is someone actually, you know, being obvious about being a racist or a bigot — that’s a step too far.

So it is back to dog whistles for the GOP.

This was written by Iron Knee. Posted on Monday, August 21, 2017, at 12:22 am. Filed under Hypocrisy. Tagged Bigotry, Racism, Republicans. Bookmark the permalink. Follow comments here with the RSS feed. Both comments and trackbacks are currently closed.