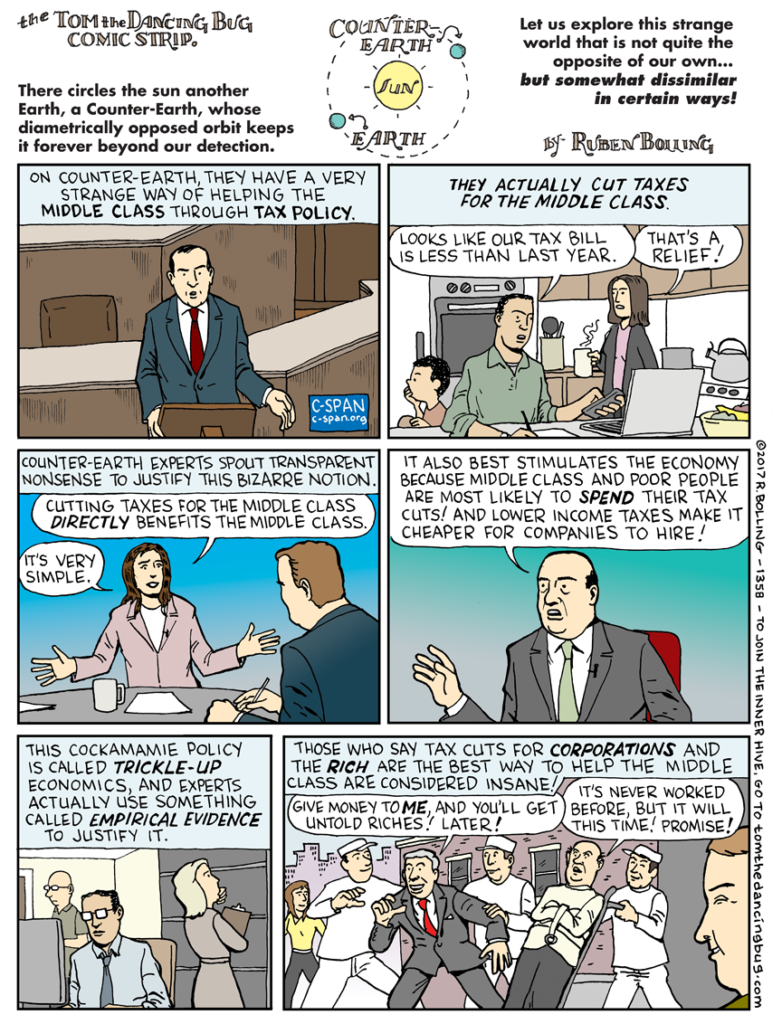 This comic is brilliant. I just hope he does more like it.

For example, how Republicans are repeatedly and desperately looking for election fraud for which there is absolutely no evidence of existence in order to make it much harder for poor people and students to vote.

At the same time ignoring the evidence of the trivial ease at which electronic voting machines can be hacked. Or even worse, ignoring the large amount of evidence that voter roles were actually hacked into (including by Russia) for some nefarious purpose. You know, like canceling the voter registrations of thousands of people in key voting districts in order to throw an election.

I wonder how they handle this over on counter-earth?

This was written by Iron Knee. Posted on Friday, October 13, 2017, at 6:22 am. Filed under Hypocrisy. Tagged Elections, Taxes. Bookmark the permalink. Follow comments here with the RSS feed. Both comments and trackbacks are currently closed.