What I find ironic is that while the images in The New Yorker cover were completely false (Obama as a Muslim terrorist?), there is video of McCain singing “Bomb Iran”, and Cindy McCain admitted to being addicted to pain killers (after she lied about it). So, the real cover contains falsehoods, while the fake cover contains the truth.

What would be a more equivalent rebuttal would be depicting McCain collaborating with his Viet Cong captors to become a Manchurian candidate. In fact, I dare The New Yorker (or anyone) to publish such a cover. Then we’ll see what kind of response that gets.

UPDATE: Another rebuttal, this time a bit more on the mark: 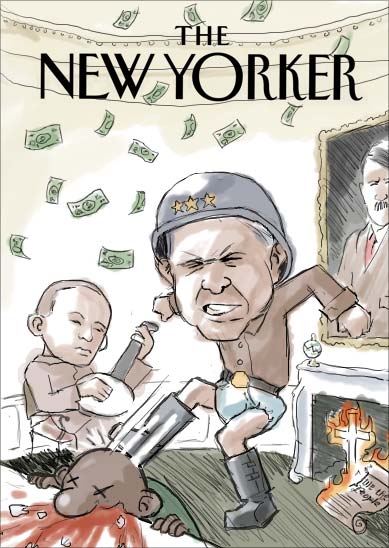 UPDATE 2: Another rebuttal, but on a different tack. “The newest issue of The Al Qaedain hasn’t even hit newstands and is quickly causing a stir for its graphic portrayal of a patriotic Osama.” 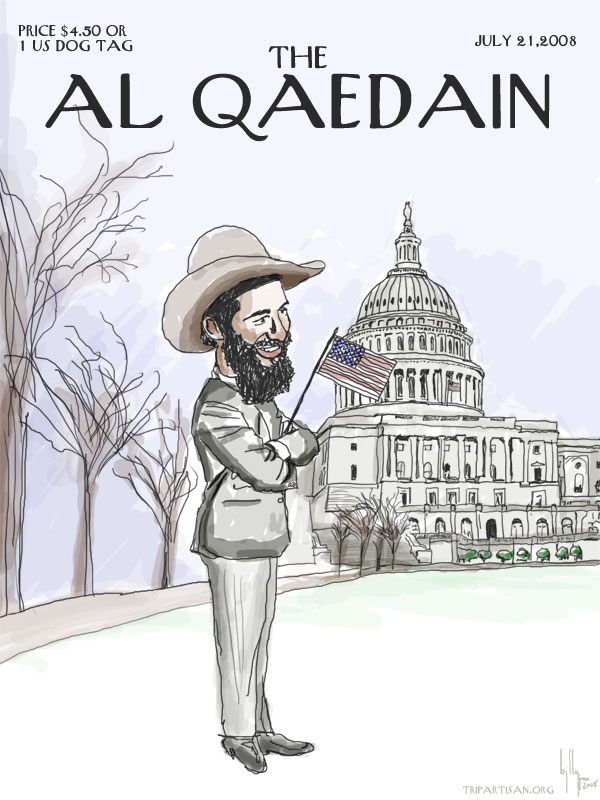 This was written by Iron Knee. Posted on Tuesday, July 15, 2008, at 12:28 pm. Filed under Humor. Tagged McCain. Bookmark the permalink. Follow comments here with the RSS feed. Both comments and trackbacks are currently closed.