I understand that most people pay little attention to politics. If they vote, those people are called “low information voters”. But there are other people that aren’t exactly “low information”, they are more like “wrong information”. They think they know things, but those things are just plain wrong. 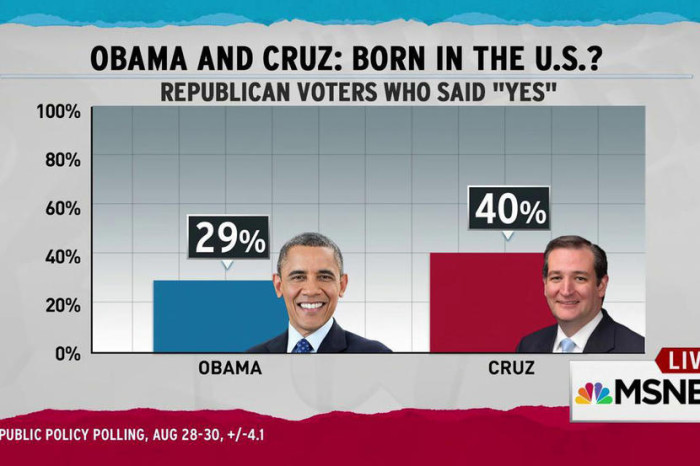 Likewise, 54% of Republicans believe that Obama is not a Christian, while 32% aren’t sure, which means that a whopping 86% of Republicans are skeptical of the president’s actual faith.

In the interest of being fair and balanced, another poll shows that partisan influence is not confined entirely to Republicans.

When phrased as “Some people say the 1975 Public Affairs Act should be repealed. Do you agree or disagree?”, the results were as follows: 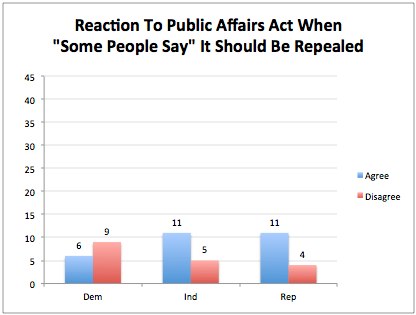 Fewer Democrats agree with the statement than Independents or Republicans, but the results are not statistically significant. 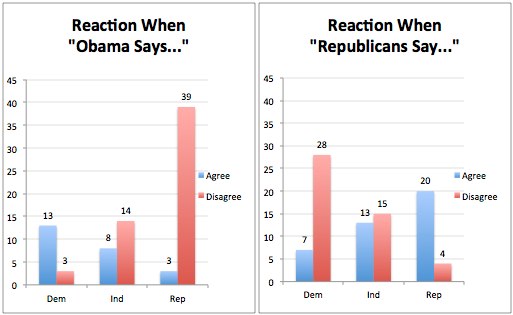 But the interesting conclusion is that a significant number of voters of both parties are willing to express an opinion about an issue they know nothing about (indeed, could not know anything about because it was made up for the poll).

But what about real issues? A new poll tries to answer that question. 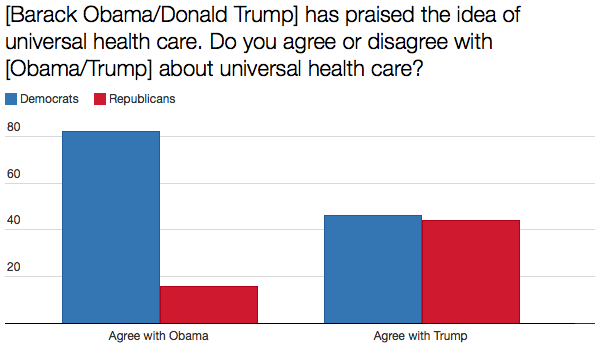 It is true that both Obama and Trump have publicly praised universal health care. But the survey response depended heavily on whether the question attributed Obama or Trump as praising it. Unsurprisingly, if Trump praised it Democrats were less likely to support it, while Republicans were more likely.

The results were similar for Affirmative Action: 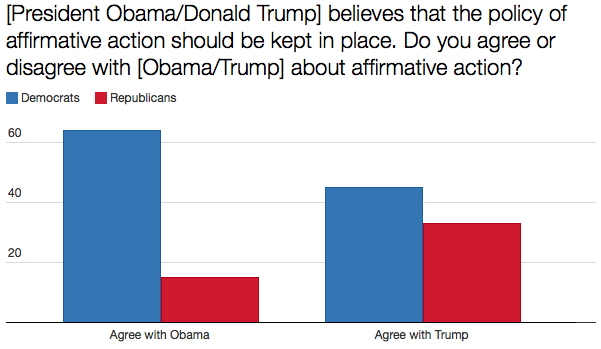 For Social Security, there was less partisan influence, showing that there is strong support for protecting Social Security among both Democrats and Republicans, although both were somewhat influenced by whether it was Hillary Clinton or Donald Trump who said it.

Finally, the results for the Iran Nuclear Deal was interesting: 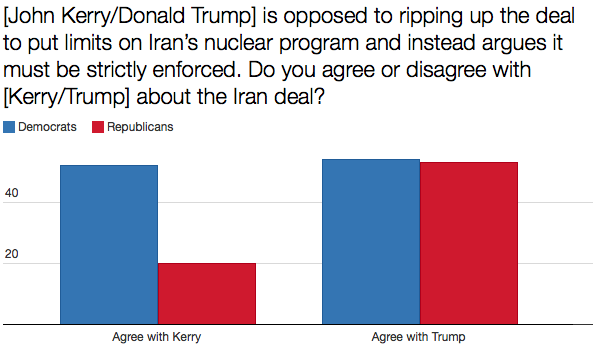 I suppose the Iran Nuclear Deal is more influenced by partisan support because there are few voters who would know enough about the details of the deal to actually have an opinion whether it is a good deal to sign or not. So people have to depend on who supports it and whether they like that person.

This was written by Iron Knee. Posted on Monday, September 7, 2015, at 12:40 am. Filed under Irony. Tagged Partisanship, Polling. Bookmark the permalink. Follow comments here with the RSS feed. Both comments and trackbacks are currently closed.